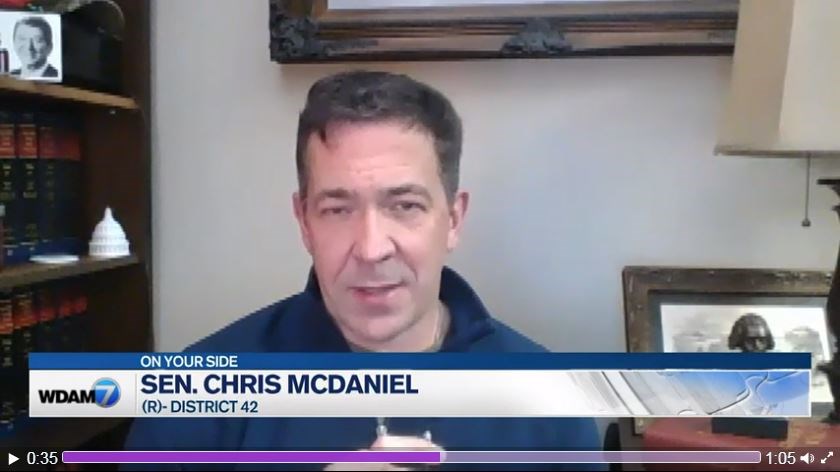 Let Mississippi Vote is a group of grassroots Mississippi conservatives dedicated to re-obtaining the right once guaranteed in the Mississippi Constitution in 1914 for citizens to petition the government. Called Initiative & Referendum in most states, in the Mississippi Supreme Court struck down the ability of taxpayers to demand change in 2020. We demand to bring back the power to the citizens in times when the Legislature has refused to act.

Since 1914 the Mississippi Legislature has fought against its citizenry to oppose their input in state lawmaking, and from 1917 until 1992 it was not allowed at all. The power of initiative and referendum was not available again to the citizens of Mississippi until the successful passage of Senate Concurrent Resolution No. 516 during the 1992 regular session, and it was approved by an astounding 70% of the popular vote in the 1992 fall elections. The amendment reads in part:  "The Legislature may enact laws to carry out the provisions of this section, but shall in no way restrict or impair the provisions of this section or the powers herein reserved to the people."

Since 1992 when courts granted the power to the citizens, Mississippi voters have achieved significant changes in how government works:

Most would agree that it is important for a balance of power to be maintained among the three branches of state government. It may be even more important to preserve powers that are reserved to the people.  The citizens of Mississippi with the passage of the initiative and referendum amendment to the Mississippi Constitution in 1992 reserved for themselves the power to propose amendments to their constitution. This authority is shared with the Legislature. Recent events suggest that the Legislature would like to make this power theirs exclusively once again.

Important constitutional guarantees of free speech and equal protection are wrapped up in the power of initiative and referendum. Once this right is given, it cannot be infringed upon without doing damage to the Constitution itself. The evidence suggests that what the Legislature actually fears is interference from the people who elected them.

Sign Up for Updates
Thanks for signing up!
LetMSVote
Powered by CampaignPartner.com - Political Websites
Close Menu